A quick update on progress on the Williams Creek scene. 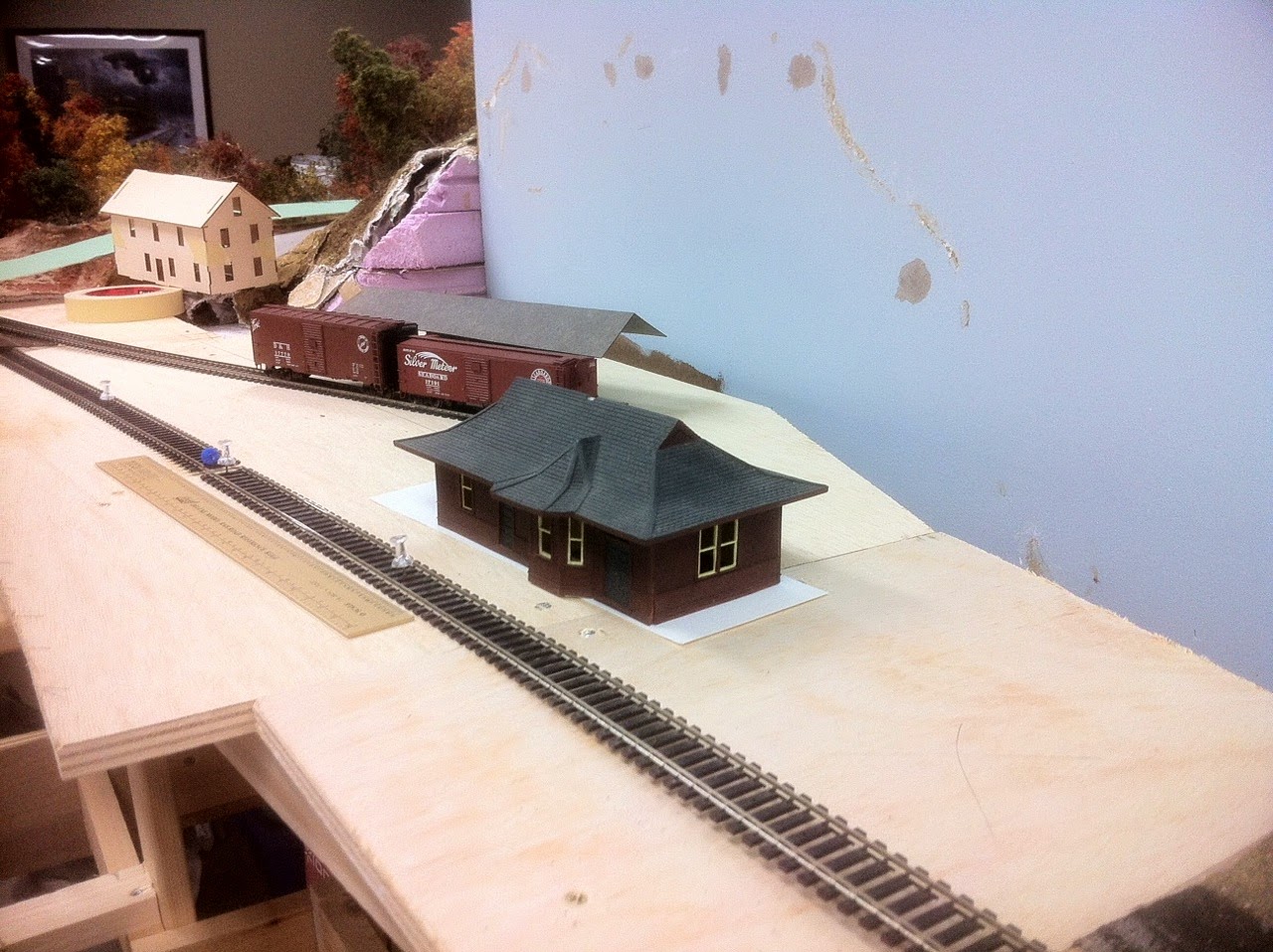 A previous post showed what I originally planned to include in this area of the layout (see photo at right).  Comparing the two images shows how things have evolved.  Inspired by the "less is more" principle espoused by some other modelers, I eliminated the planned station and country store from the scene. Also, the road running up the hill was just a little too steep so I located it between the creamery and bridge instead. In the place of the road and store the pasture (which was too small to look correct) will be expanded. The earlier view shows a stub-ended siding behind the station.  It's been replaced with a double-ended siding that will serve the Whiting Creamery (based on a prototype in Waterbury.) I recall reading somewhere (perhaps in one of John Nehrich's article on milk trains?) that ".... most" creameries were on double-ended sidings..."
I learned a long time ago to avoid such broad, declarative statements.
Most towns on the CV had at least one creamery during the time frame I'm modeling. The only two creameries I've found with this "typical" double-ended siding arrangement are the Whiting Creamery at Waterbury (below) and one of the creameries in Randolph.
As far as the scene goes, I might include a small section house but otherwise this is a simple scene that features the creamery, river and bridge – and not much else.
Next on the agenda is to build a mockup of the creamery building, paint the detailed trees on the backdrop and add some ground cover and texture. The entire saga of removing and resintalling Williams Creek will be featured in my next "Getting Real" column in Model Railroad Hobbyist ezine.
Posted by CVSNE at 8:22:00 AM

Marty. I just finished scratchbuilding the Whitings creamery, from the information you gave me in a previous post, the photo your are showing from The Ambassador was the only one I had to work with so I used my imagination for the other three sides. On another note, do you know what type of roofing is on the present Waterbury Station, almost looks like slate. JOHN

Would love to see a photo of your creamery (or any other models on your layout). do you have a blog or a website? If not, and If you're willing to email it to me I'll post it here. I'm use other readers would like to see them as well!