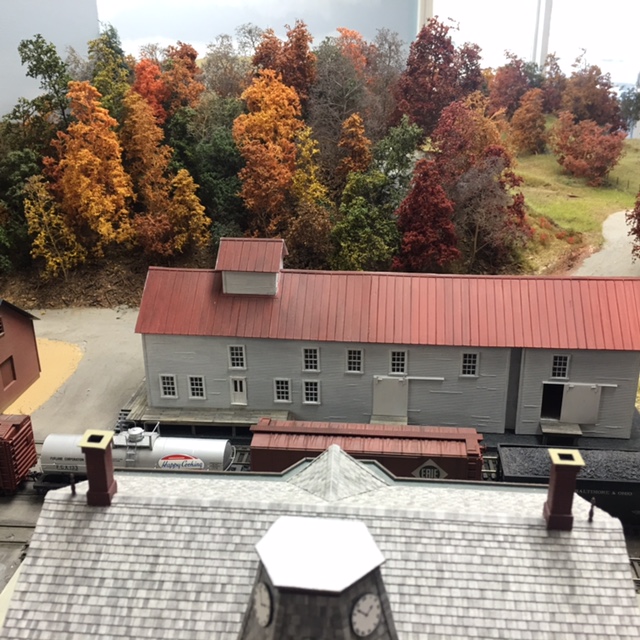 I started construction on my former layout, the CV Roxbury Sub, in December 2008. In late 2010, when I started this blog, I was in the process of significantly rebuilding large sections of the railroad - removing most of what had been a two deck layout and replacing it with the single deck railroad shown on this blog in posts from December 2010 through May 2017.
In May 2017 in preparation for selling our house I tore the layout down. I'm leaving the Roxbury sub layout-at-a-glance below as a historical record.
In our new home I'm planning to build a much simpler (and smaller) railroad based on the CV's Richford Branch. 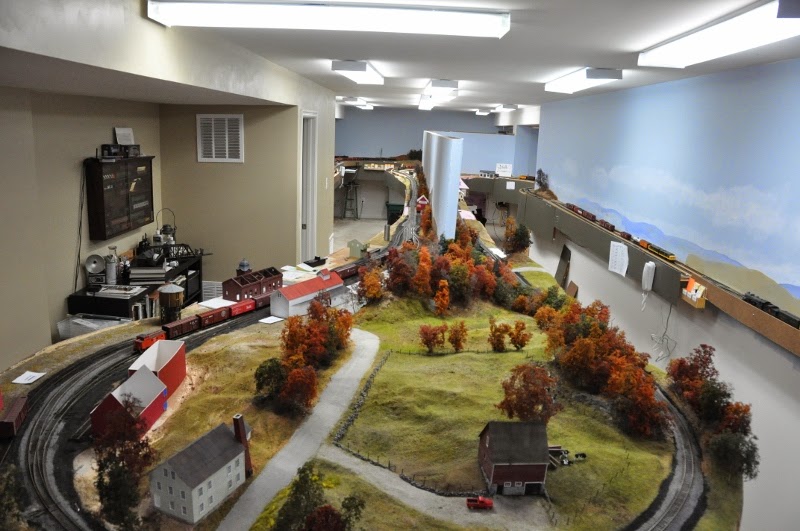 Just starting to develop a layout based on the CV in the 50's, when I grew up in Graniteville, VT. Tentatively planning to make it a WRJ to Barre project with one major change. In my reading I have found that the engineers wanted to send the VC through the Williamstown Gulf to Barre - so I am planning to use that route as it gives me a chance to model the gulf. There is a rumor that there a yahoo group of CV modelers? Is there? Thanks so much for posting the information about the UVM landscape site. Great stuff. Enjoying your blog. jimcubie@gmail.com

Jon,
Welcome.
Sounds like an interesting layout you have planned. There were numerous alternate routings planned for the CV in the 19th century - most of them made more sense from an engineering stand point but the leading investors/owners of the line had other ideas - mostly about routing the line through and near places where they owned property!
There is a CV Yahoo Group - it's not horribly active anymore but there are a few posts from time to time:
https://groups.yahoo.com/neo/groups/CV_RR/info

And I assume you already belong to the CV Historical Society? The quarterly newsletter is an excellent source of information.

Hi Marty, https://groups.yahoo.com/neo/groups/CV_RR/info does not seem to exist anymore, if you search this URL you get a message that says that you need to be a member. But if you do a search within groups you get nothing.