I got an interesting email on one of my recent video layout updates the other day. ***

Essentially, the email questioned why I didn't include backdrops along behind both peninsulas and behind the "front" section of the layout where the Enosburg Falls and "Junction" scenes are located. An earlier view of the layout from the front "viewing aisle" is shown below for reference: 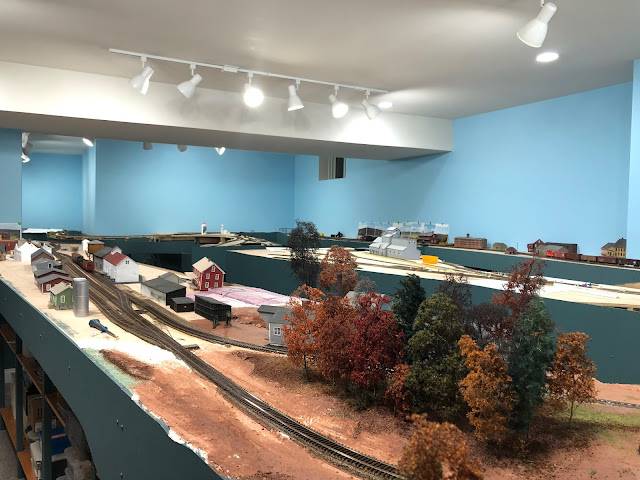 There's a couple of reasons I didn't include backdrops on those sections of the layout. In no particular order they are:

1. One of the toughest things to deal with in model photography and videography are shadows reflected from the 3-d world onto the 2-d wall, which is supposed to represent sky. Last time I checked, the sky outside my window doesn't reflect anything.

2. Somewhat related to #1 is the issues with lighting that additional backdrops would introduce. If there's one area where we model railroaders really need to focus it's on thinking through and improving layout room lighting. I really failed in this area on my previous layout, and although I feel the current layout room lighting is better,  it's far short of ideal.

More backdrops means more light is getting blocked from reaching the layout - the solution of just adding more light fixtures in the hope the problem goes away only goes so far!

3. Multiple peninsulas broken up with backdrops may help create a sense of isolation and distance - and if that's the goal that's fine. But such a benchwork footprint usually means narrow shelves (a few inches on each side of the track has been promoted by some) which may serve the purpose of stretching the mainline length but at the expense of visual impact. The only photo angle available is the "extreme 3/4 wedge shot." Worse than that, when viewing the layout in person you will find it a struggle to achieve the sense of a train in the environment - it usually looks like exactly what it is - a model train running along a narrow shelf with a modicum of scenery on each side.

4. The last, and perhaps most important reason I didn't add a bunch of backdrops to the layout room is simply the fact that I enjoy stepping back and surveying the landscape. In person it's pleasant to look at the layout. And, when you drop the camera down to eye level you can achieve some truly deep, realistic vistas.
If you don't care for my thoughts on rabbit warren layout design, you don't want to hear about my preference for continuous running!
(***I tried to illustrate some of this in my latest video layout update - you can see that on YouTube by clicking HERE. )
Posted by CVSNE at 10:21:00 AM 3 comments:

One of the dogs has been a little under the weather this week, and she's really not supposed to go up and down stairs - and if I go downstairs and she doesn't, well, let's just say I hear all about it - the constant baying of an angry basset hound is not conducive to getting work done on the layout.

So I've been spending my hobby time this week upstairs working on a couple of article drafts and finalizing a clinic I'd started putting together back in the pre-Covid days.

One of the things I've been researching are the creameries, and associated milk cars, along the Richford branch.

To start with every town along the branch had at least one active creamery.

Most milk cars were either railroad owned (CV, B&M, etc...) or were private owner cars (GPEX perhaps the most numerous but there were others) leased to various dairy companies (Borden's, Hood, Whiting, etc ...). The leasee names were stenciled on the sides of the car, and, for obvious reasons, you wouldn't find a Hood car spotted at a Whiting creamery (or vice versa). Complicating matters, the specific car number may have been lettered for Whiting one year and Borden's the next!

My research, using a variety of sources, has led me to:

1. The Richford creamery was an H. P. Hood Creamery at the time I'm modeling. 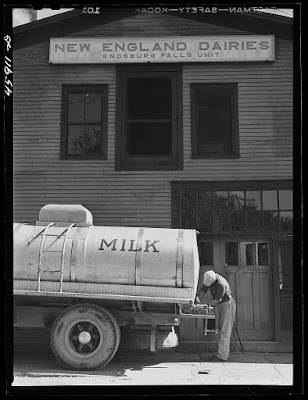 2. Enosburg Falls had a creamery (Paul Dolkos has built the model of it for me), New England Dairies that shipped cans of milk in a CV car, so that's covered.

4. There was also a condensary in Enosburg Falls, but frankly that deserves its own blog post.

5. Which leads to East Berkshire. I know there was a creamery in East Berkshire, and I know it was a United Farmers Co-Op, since it said so on the side in huge lettering, and it's listed in the CV list of customers for East Berkshire. (Just beneath another creamery!). 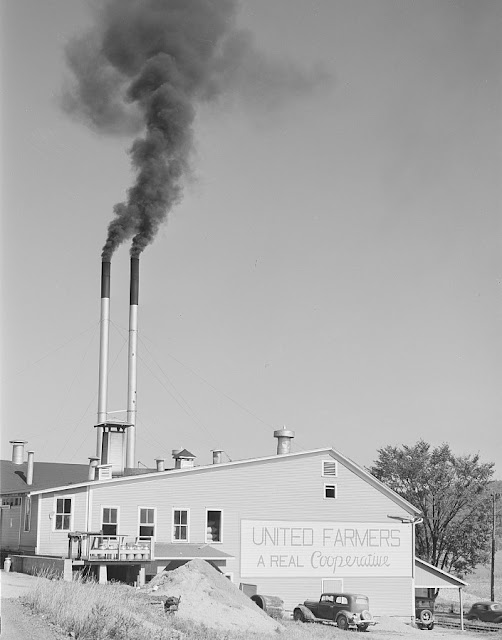 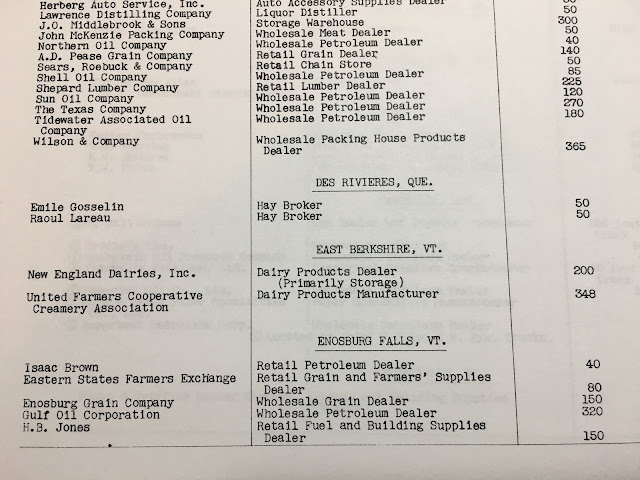 Which leads to the question - what kind of milk cars would be delivered to this creamery?
And what how would they be lettered?
I know United Farmers had a couple of cars lettered for them - the 53-foot wood cars that are identical to express reefers without ice bunkers and roof hatches.
But all the references I can find inidcate these United Farmers cars were in dedicated service on the B&M between Boston and Morrisville, Vt. Walthers even made a two-pack of them -
https://www.walthers.com/general-american-pfaudler-53-wood-milk-tank-car-asembled-2-pack-limited-run-united-farmers.
Any help/thoughts/references, etc... would be appreciated. At this point I'd settle for a couple of prototype photos showing the United Farmers cars in something other than the round logo scheme on the Walthers models. Tichy makes decals for United Farmers that are more typical of the later era plain green cars with Deluxe lettering - but I can't find a picture of a United Farmers car painted in that scheme!