Tree from Norway at Union Station 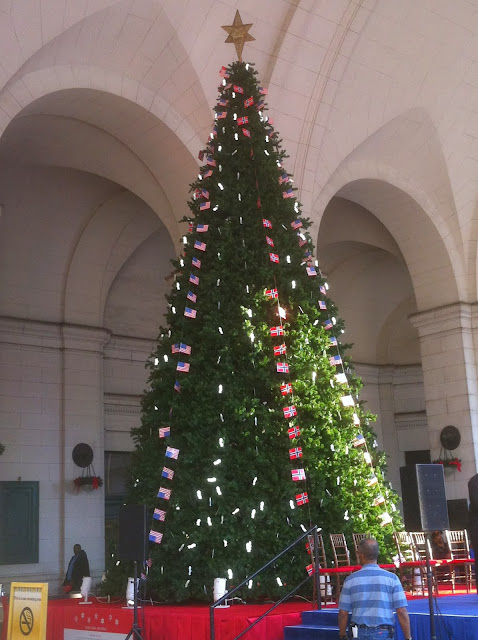 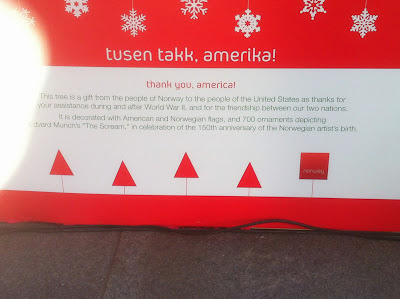 There's lots of Christmas trees in the Washington DC area this time of year - they make walking around town fun. This one is a gift from the people of Norway, and it stands just outside the main entry doors to Union Station, so there's a railroad connection there. Besides, occasionally, a pack of roaming Vikings have appeared in my layout room!
The tree is beautiful. Can't say the same for the "Vikings," but our train friends from Norway are welcome back anytime!

I started this blog with a very simple, and classic "Welcome to My Blog" on December 17, 2010. According to the analytics machine in the Google Blogspot engine, the blog has 100,000+ unique views - and a total of 175 posts.

Thanks to all for following along. I have a feeling this next year is when much of the layout will begin to finally look finished, so here's to a great 2014 of model railroading on the Green Mountain Route.


Got the initial coat of pavement onto Park Row in Waterbury. After toying with various methods to make the streets, including sanded tile grout (a little too gritty for an HO scale paved road) and styrene, which is a great material for streets but seemed a little too perfect for a side street in Waterbury, I settled on using lightweight joint compound. Before troweling it onto the layout I pre-colored it by putting some light and dark gray Bragdon Weathering powders in the tub of joint compound and mixing it thoroughly.  According to the CV Engineering Plats for Waterbury the street was 24 feet wide, so I taped a couple of Plastruct 1/8" angles to the layout surface at 24 scale feet apart. Close up photos of the grade crossing in my era shows the grade crossing wasn't planked. Instead there were two boards on the outside of the rails and one board on the inside of each rail with the paving material filling the space between the tracks and between the rails.
I cut these "planks" from a GLC Laser laser-cut grade crossing. After securing the wood to the ties with CA, I stained them with Hunterline "Dark Brown" stain. I was careful to leave enough clearance between each rail and the wood for cars and locomotives to run through without the grade crossing lifting the wheels. Once I confirmed everything was working I added narrow strips of painter's blue tape (cut the width of the wood planks) to prevent filling the gaps between the rails and the wood.
Then I carefully spread the lightweight joint compound between the Plastruct angle. Once the joint compound started to "set" (after an hour or so) I carefully peeled away the tape, exposing the wood planks. Although I tried to get the road as smooth as possible when applying the joint compound there were still lots of bumps. So, after the joint compound dried completely I sanded the road smooth with a fine-grit sanding block.
Park Row is now ready for traffic.
Posted by CVSNE at 12:12:00 PM No comments: 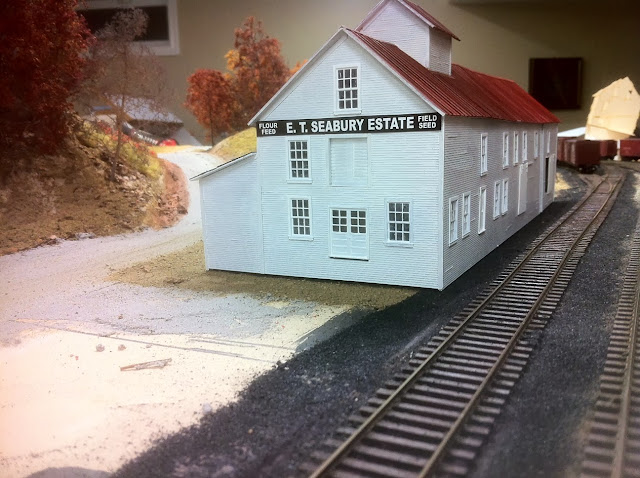 The feedmill building that used to stand across the tracks from the Waterbury, Vt. station was - how to put this - rather plain. 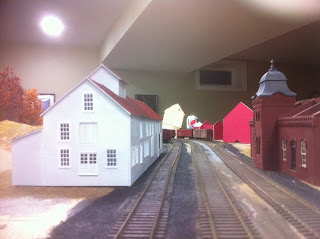 Besides, my modeler's license is fully paid through the next few years….

But I've already started thinking through the next few building for the Waterbury scene - the Demeritt Cannery. 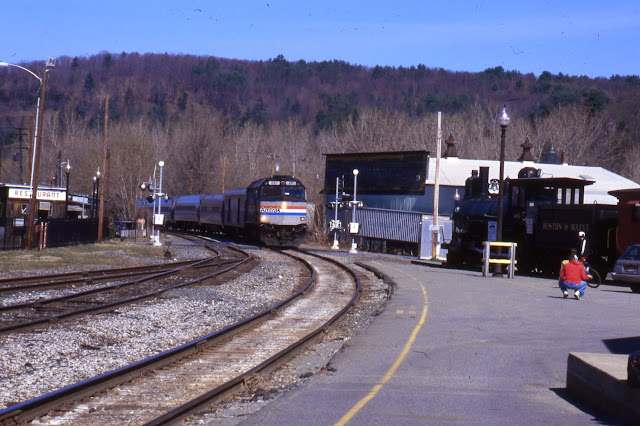 I got some critiques on my previous posting showing my "Welcome to Everett" billboard sign. Bill Gill was kind enough to revise the sign slightly to match the prototype Bellows Falls inspiration. Bill had the cover story in the November issue of Railroad Model Craftsman - an excellent piece on modeling vehicles.
Thanks for the work on the sign Bill! 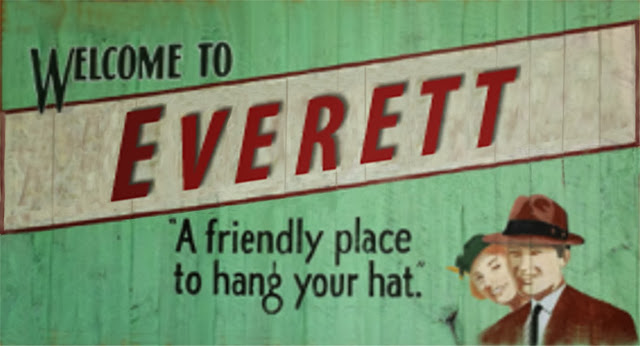