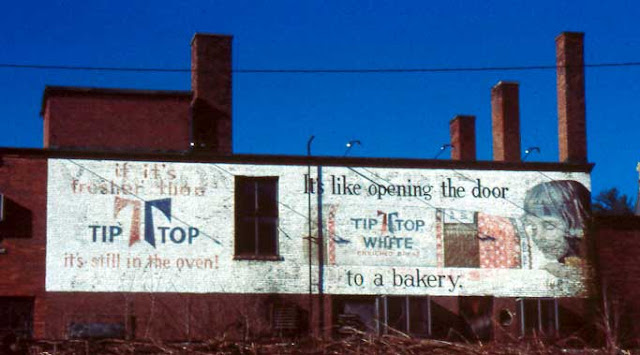 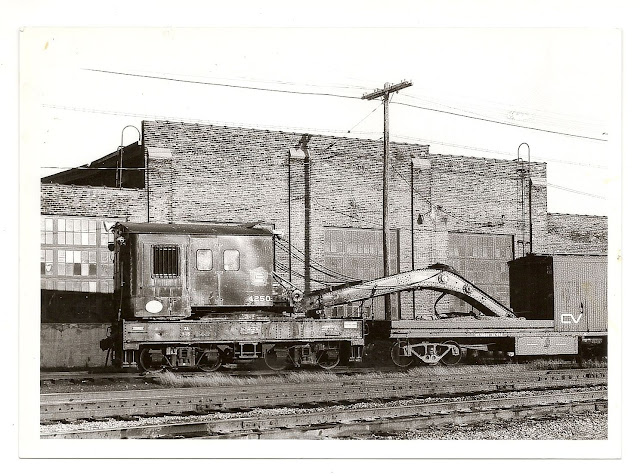 As I mentioned before about a year ago I removed the White River Junction scene from the layout - it was simply too cramped in the space to effectively capture the look and function of the prototype.
Despite rumors to the contrary, I do think through things before I start tearing into the layout, even if I don't draw up lots of detailed plans.
White River Junction is a perfect example of that. I have several of the key structures completed, so it's merely a matter of finding a place for the scene that makes the most sense.
When you descend the stairs into the basement and look straight ahead you're looking at the longest, straightest wall in the basement - one with no obstructions along it's entire 30+ foot length. Seems to me THAT'S the best place to put a long, skinny, and relatively straight scene such as White River Junction.
Here's a quick sketch worked up from the White River Junction elements in Bernie's book. (This same plan also shows where Essex Junction fits in). Obviously this isn't a full track plan but it will give you an idea of how the pieces could fit together - rather effectively I think.
Two things - I'll likely build this scene as a series of Free-Mo compatible module sections with the idea that it would be easy to move it or sell it at some point.
Secondly, don't be looking for construction to start anytime soon - I made a commitment to the better half that the existing layout will look "finished" before adding any more benchwork to the space! 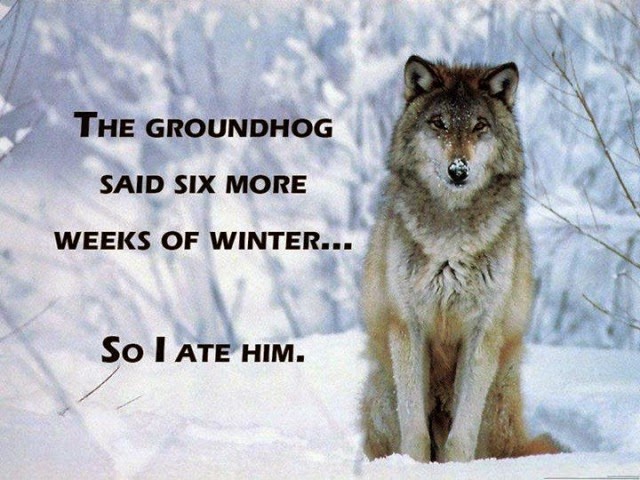 I’ve been relatively successful at painting mountain scape backdrops.  The “townscape” backdrops present a far more difficult challenge.
Of course, the obvious solution would be a photographic mural behind the entire railroad.  There are two problems with this approach.  If I was modeling “today” it would be relatively simple matter to go to Vermont and take photos as needed. But I’m not modeling today – and while things change slowly in New England, they do indeed change, meaning contemporary photos are filled with structures, signs, vehicles, road markings, and a myriad of other details considerably different now than they were then. Secondly, while a full photographic backdrop (think wallpaper) may well look more realistic, I have a large layout – and the cost of such a backdrop would be prohibitive. The last quote I got to print one from my own artwork came close to what we spent on a 10-day vacation to London. Christine is very, very supportive of the hobby – but somehow I think her response would be “figure out another way to get from here to there.” Frankly, I wouldn’t blame her.
I suppose I could use photographs in the town and paint the open country backdrops. But that would look inconsistent to my eyes. Then there’s the question of blending – it would look weird to my eye to have photographs behind the towns, but painted mountainsides everywhere else. I first tried cutting the buildings out of photos, removing the inappropriate elements in Photoshop before pasting the buildings and streets to the wall.  I soon found the lighting on the photos I used from Google maps washed out several elements – primarily the church steeple. Also the trees in the photo had already dropped their leaves – a plus since I plan to model Essex as leafless, but cutting around the tops of trees created a very obvious seam between the painted wall “sky” and photograph treeline.
Bernie Kempinski had run into a similar situation when he did a module depicting Alexandria, Va., in the pre-Civil War years for a local museum. Obviously there were no color photos. His solution was to draw the structures in Adobe Illustrator, colorize them, cut them out and paint the rest of the backdrop. Although it isn’t as “realistic” as a photograph, it is remarkably effective. So he volunteered to head away from DC on Inauguration Day to help me with the Essex Junction backdrops using the same basic approach.
He started by adjusting the angle of the main elements – the store, church, and house – to match the angle where the road meets the wall on my layout.  Then he traced over the photo in Illustrator to create the basic outline of the buildings. Once they were in place we dug out some vintage photos of this street in Essex to fill in the details that have changed over the years such as the arrangement of windows, doors, and various roof materials.
Before he left for the day he had added some details to the buildings and "tweaked" a few minor details. He then sketched a version with a road and some trees (plan is to actually paint the trees on the final version). These quick sketch trees are meant to help compose the scene: 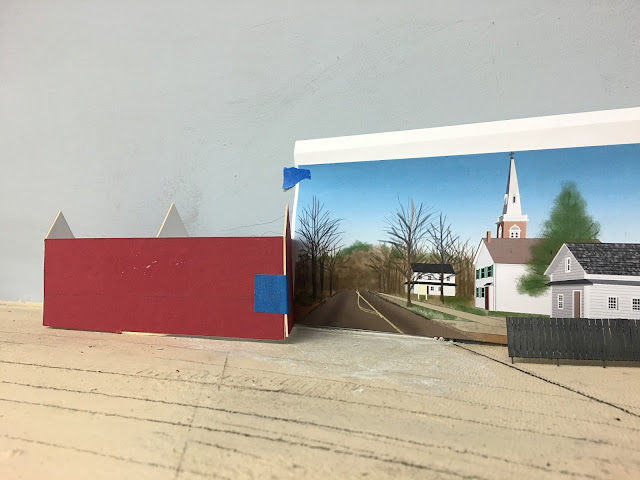 I think a couple of things will work in my favor here. First of all, the left side of the backdrop shown here will be masked with a 3D “half model” of the old store that was just south of the trainshed (represented by a temporary red mockup in the photos), meaning we only have to really hide one joint. The other thing working in our favor is the scale of the elements, which isn’t really obvious in the close up pictures. The tip of the church steeple is about 6” above the layout surface and the benchwork is about 32” deep.
Once all the 3D scenery and buildings are installed I think the result will be quite appealing. As Bernie and I discussed if it doesn’t work it’ll take about 10 seconds to erase it with some paint and start over.
Posted by CVSNE at 9:07:00 AM 2 comments: