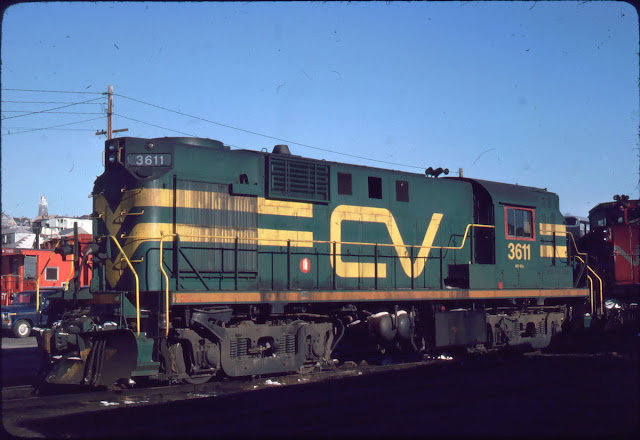 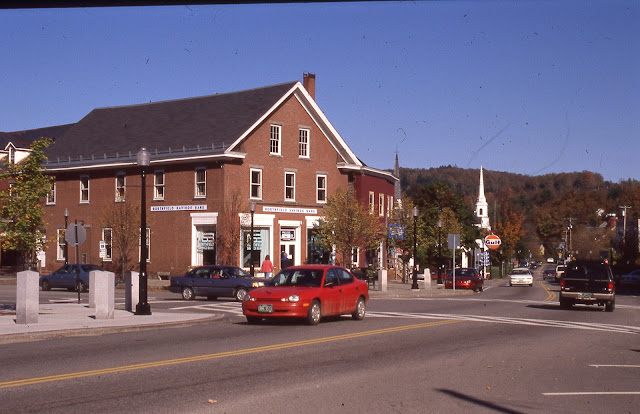 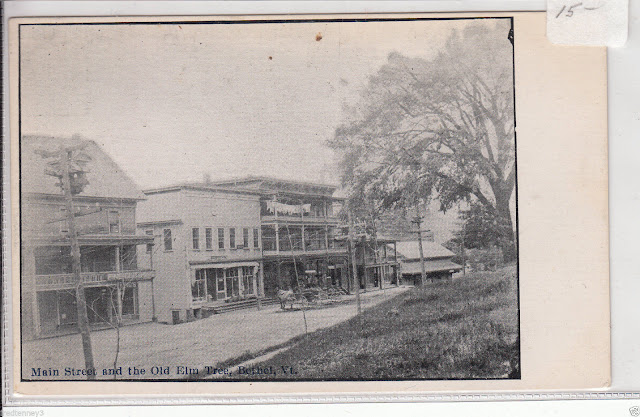 Got an interesting email inquiry a few weeks back asking about the lettering on early (pre- World War II) Central Vermont steam locomotives.
From what I’ve been able to determine, the CV gradually shifted to using the “monogram” square herald through the 1930s. Builder’s photos of the 700-series 2-10-4s (1928) show these engines were delivered with the square herald on the tender. In all likelihood the lettering was white and the herald was the same color as the rest of the tender. At some point the background color of the herald shifted to green with gold (deluxe) lettering. These monograms would be applied to the steam fleet throughout the 1930s. During WWII, the background color changed to red. All these changes took place gradually, and there is photo evidence showing the green heralds in the mid- to late 1940s in at least one color photo that's been published.
But how were the steam engines lettered prior to the delivery of the 2-10-4s?

Basically, the lettering style reflected the practices of the Grand Trunk Railway (of which the CV was a subsidiary) during the 1900-1930 era.
There were some variations in style of lettering and striping, but basically the scheme featured large locomotive numbers on the side of the tender and the words “Central Vermont” spelled out under the cab windows. Someone told me once the reason for the common use of large tender numbers was the requirement for agent/operators to be able to clearly read the numbers of passing extra trains. I'm not entirely convinced, but it makes a neat story!
At first the lettering was a sans-serif style, but eventually it shifted to a style similar to Railroad Roman. The last locomotives delivered in this scheme were the U-1-a class 4-8-2s (600-603).
Also, photos show the tender had rectangle striping outline around the the tender side, although this was apparently removed on some engines by the mid-1920s.
The photos, and dates, show some of this evolution.
Very early photos of CV locomotives show an arched lettering style with a block lettering typeface. Rutland Railroad (controlled by the CV at the time) locomotives were often lettered with "Rutland Division" under the Central Vermont road name. Builder's photos of locomotives from the early 1880s show the name of the locomotive under the cab, the number on a numberplate on the smokebox, and "CVRR" on the tender sides in a Railroad Roman style lettering. This lettering was most likely Duluxe Gold with contrasting shadows, which would have been keeping with a frequently used style of locomotive lettering from the time.

In the late 1800s and early 1900s the CV went through several receivership's as well as a wide scale re-lettering and renumbering of the locomotive roster. It was during this time that the names were removed from the older locomotives, and they became identified simply by a number.
Answers to a couple of obvious questions have been elusive – especially the color of the lettering in the 1900-1930 era. Common practice of the time would be either “gold” (deluxe), white, or some type of aluminium or light gray.
Grand Trunk used white lettering, and lacking any hard evidence to the contrary, if I was going to model an engine of this time period I’d go with white. You’re on your own for decals though, since no one makes them. It would be interesting to see a CV layout set in this era as opposed to the far more common steam-to-diesel transition era.  There are a number of other advantages to modeling this era, once the basic challenges of finding the appropriate motive power and lettering are solved. 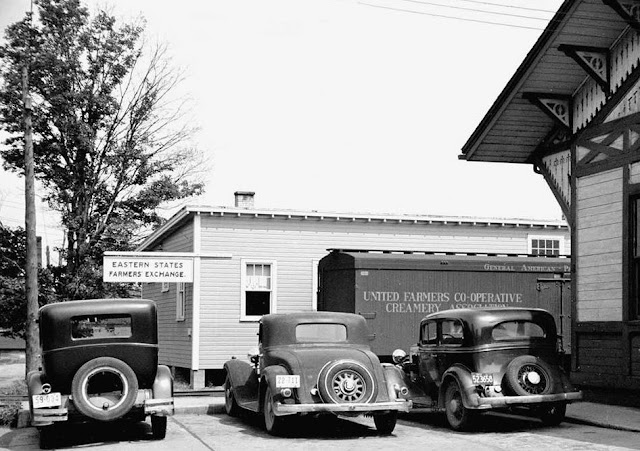