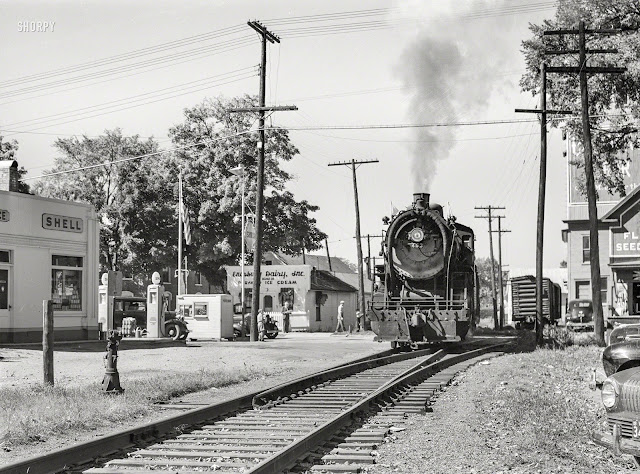 From Shorpy, Enosburg Falls, 1941, Jack Delano photo.
To access a larger version of the image click on this link:
https://www.shorpy.com/node/24300 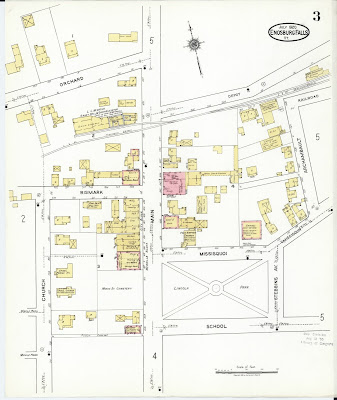 In the process of googling for information on Vermont feed mills - I was hoping for Sheldon Junction but thus far other than one fuzzy distant photo in "Vermont's Covered Bridge Road" no photos have turned up. But I did come across a link to this Jack Delano photo on Shorpy (reproduced in small size above, to see an expandable version on the Shorpy site  click HERE.
I’m familiar with series of 1941 WPA photos Jack Delano took in northern Vermont as they appear on the LOC website. These photos include some images from Sheldon Springs (the paper mill), and the creamery at Enosburg Falls, but the image at the top of this blog post hasn't shown up on the LOC site and is by far the coolest. (And the fact that it hasn't appeared on the LOC site tells me an in-person visit to the Photo Room may be in order to see what else may be lurking there!)
If only Jack had turned just a little to the right so I could read the sign on the feed mill! I strongly suspect this was the LL Marsh Feeds  based on the position of the mill relative to the track and the street (see the Sanborn Map above) - which would mean XTRA 453 is crossing .
The ice cream store, gas station, feedmill, and of course the Consol are all neat - but that popcorn stand is just too much!

Here's a closer view of the Sanborn Map - showing basically the area covered by the photo (the photographer was standing on the right side of the map, looking to the left.):

The map dates to 1920 - the latest Enosburg Falls Sanborn Map on the LOC site.  Also note on the map:
Note the ice cream shop is not on the map. Not surprising as the map predates the photo by 20 years or so - but if you look to the rear of the ice cream shop in the lead photo you can just barely see a series of additions and the like along the track.


Time to fire up Google Map Street view and see if anything recognizable is still there: 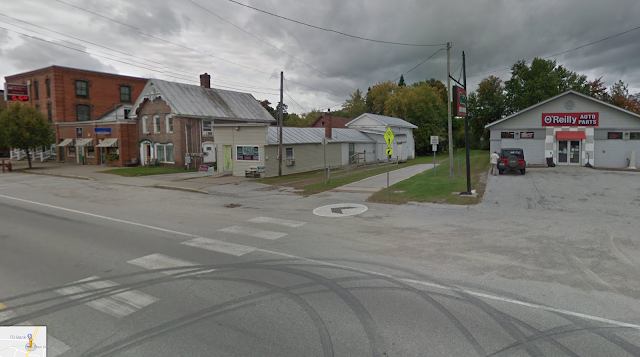 And, in this view from Bismark Street behind the bank that unlabeled two-story frame structure is still visible: 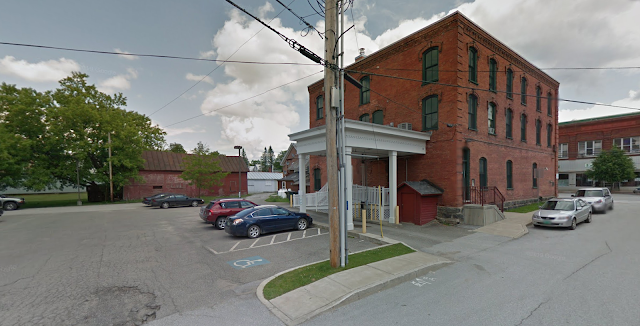 First prize to whomever can turn up a photo showing the entire feed mill, including the lettering that's obviously on the tallest portion of the structure. Based on the spacing and the letters I can see it looks like the lower portion of lettering may read "Wirthmore" - which was a brand of feed.
I recently turned up a group of Enosburg Falls historical society newsletters online - time to search through them. I also plan to reach out to the historical society and see if they can help.
In the meantime, anyone else want to take a crack at figuring out the feed mill lettering? 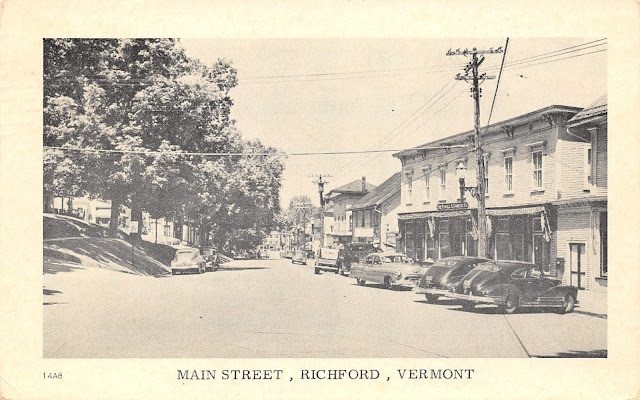 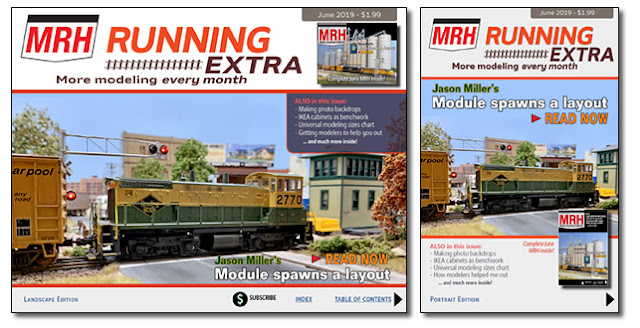 The June 2019 issue of the online magazine "Running Extra" published by Model-Railroad Hobbyist, includes my latest Getting Real column which features a "status report" on the layout, as well as a look at the IKEA Ivar system I used for the basic layout support structure. 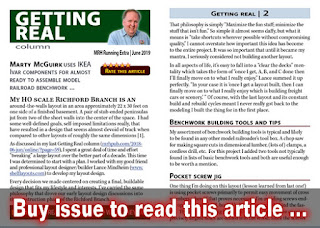 Click HERE for information on obtaining the issue and to see the online feedback to the article.
Posted by CVSNE at 2:24:00 PM 3 comments: