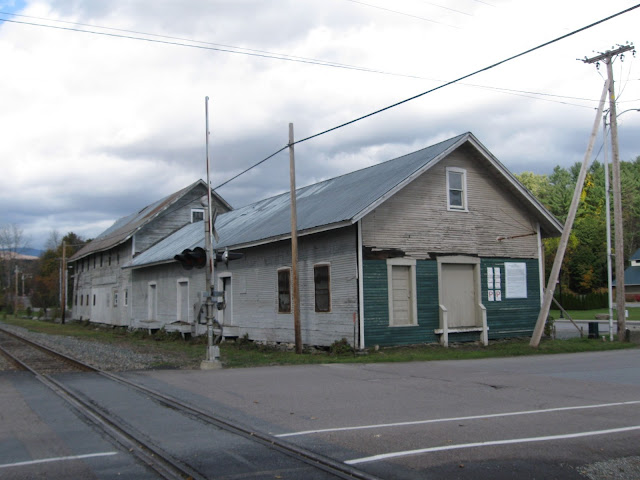 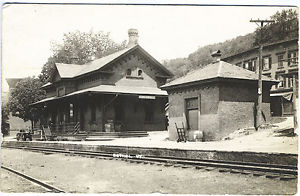 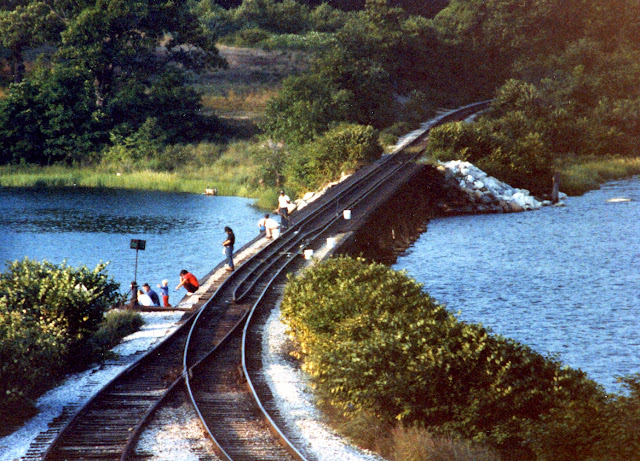 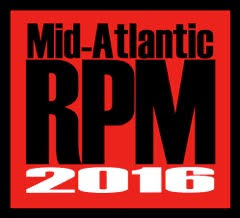 Had a chance to visit with old friends and make some new ones at the Mid-Atlantic Railroad Prototype Modelers (a.k.a. “MARPM”) in Fredericksburg, Va., this past weekend.


The entire crew (Norm and Daylene Wolf, Shannon Crabtree, Bob Sprague, Butch Eyler, and Doug Chapman) who set up and run this meet did a great job as usual. Daylene provided a wonderful lunch both days (a great advantage that means you don’t have to leave the hotel to find something to eat!).  Attendance was a little down from last year – a combination of a scheduling snafu (strictly the fault of the hotel) that moved the meet a week later than previous years – and putting it closer to some other larger meets.  After Labor Day and before the end of September seems to be a sweet spot here.  I think the number of “walk ins” on Saturday was impacted by the torrential rains that fell early Saturday morning. All that said, the folks who did make it were extremely enthusiastic and I never got the feeling there wasn’t enough to do or somebody to chat with.


RPMs have always been about four main things (Clinics, Model Displays, and Vendors), and, of course, the fellowship with other modelers. Here’s my After-Action report for the weekend, based on these four items:


Clinics: Excellent. The pool of clinicians in this area is especially talented and includes well-known names who also happen to be excellent modelers and seasoned presenters. If that comment comes across as bragging (after all, I was one of the clinicians!), I apologize. I think it helps that not only are these guys excellent modelers they’re excellent presenters. Due to the nature of the work most of us do, delivering “briefings” is nothing new to us. Those skills translate to providing an excellent clinic. I defy anyone to come up with a stronger lineup than was offered at this meet.


The only issue is there wasn’t enough of them and every presenter went on only once. The facility only provides for one clinic room at this time – Norm told me he’s trying to find ways to have more than one clinic at a time. I should add that one room is excellent – with a large screen, theater style stacked seating, and (new this year!) a projector that really works.


I gave my Modeling the October Scene clinic. I've been doing this clinic since Cocoa Beach in January 2015, so I think it's time to retire it. Several people told me in advance they’d be skipping my clinic (I got the last hour on the schedule, the coveted “cleanup slot”!) since they’d seen it at Cocoa Beach or New England RPM.


Model Display:  The models that were on the display table were outstanding. I just wish there had been more of them – and that a variety of eras, scales etc… was a little broader. 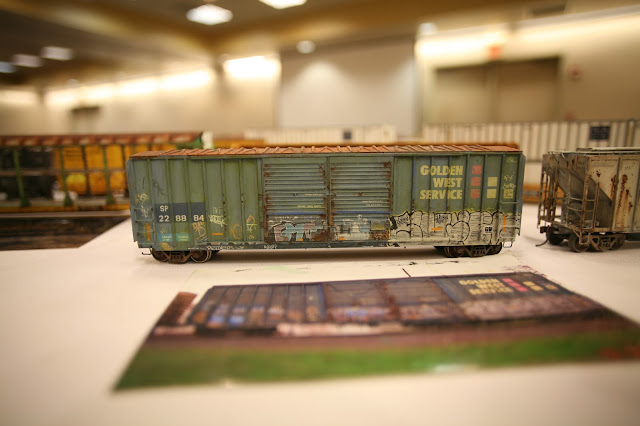 One thing that seems to be gaining more traction at MARPM than some other RPM meets I've attended is the “ongoing hands-on how-to display/clinics.” (Hey, what my description lacks in length it makes up for in completeness...). Basically, someone sets up at a table and does something (weathers a car, builds a model, installs decoders, whatever…) and attendees can sit across the table, kibitz, ask questions, or just observe. So, I spent most of the meet sitting at a table building – or perhaps better described as “preparing to build” several resin freight cars.


Butch Eyler and Norm Wolf sat at a table next to me weathering cars.


My understanding is this was well received by the folks at the meet. I certainly had a number of folks sitting around my table asking questions and observing (and offering the usual assortment of helpful – and not so helpful - suggestions!). I know Butch and Norm never looked lonely at their table.


I wish I’d prepared a little differently. Since I haven’t done any freight car modeling in several (4+!) years, I have two types of freight cars in the basement – finished, and unstarted! I should have had several cars at different stages of construction – from "out of the box" up through ready for weathering. That way if someone had a question on installing underbody piping (for example) I'd have a car to use as a demo. Lesson learned.


Vendors: My feelings are the vendors at an RPM meet should be the ones offering products for prototype modelers. I have no interest in looking at table after table of “stuff” at an RPM meet. Due to the aforementioned change of the show date, several vendors weren’t able to make it. Hopefully they’ll be there next year! But it was good to catch up with Ted Culotta of Speedwitch (who also offered a clinic). I even managed to purchase a thing or two from him! I also grabbed some paints and Tahoe trucks from some of the other vendors.


Fellowship: Couldn’t be beat! I had a great time visiting with a lot of really interesting people and hearing about their projects. Actually sitting at the table working on models kind of forced me to engage with people whom I might not have had the chance to talk with otherwise.

Layout Open Houses and Op Sessions: I tend to think of these as a "bonus" at an RPM meet. Let's face it, layout "tours" and such are really the thing of NMRA conventions. But most RPM meets, including MARPM, manage to have a few layout open houses, and op sessions, typically timed to occur before or after the meet has officially started or ended. This year was no exception. Mat Thompson hosted an op session on Thursday night at his Oregon Coast railroad, and Bernie Kempinski had an open house (see his description here) on Sunday for his USMRR O scale and PoLA HO scale layouts.