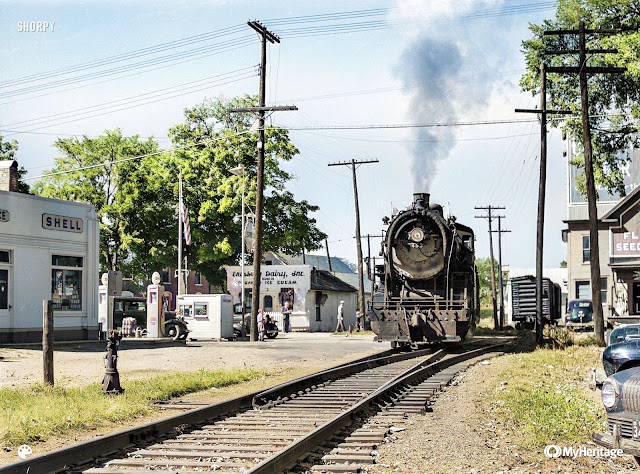 Jack Delano photo, Sep. 1941, Library of Congress, colorized from original black and white.
I've been working on drawing up some of the structures for Main Street in Enosburg Falls. Just for fun I ran the Jack Delano photo taken in September 1941 through the MyHeritage colorization app.

I also ran a photo from an  Enosburg Falls town history that showed the Enosburg Grain Co - about the same time as the Delano image.

I originally thought the grain company building was painted some sort of "barn red" - but I'm not leaning towards an earth tone or perhaps a slightly browner version of yellow ochre.

But the one thing I don't trust about the colorizer is the shade of the Shell signs - I would think they should be a much brighter yellow. 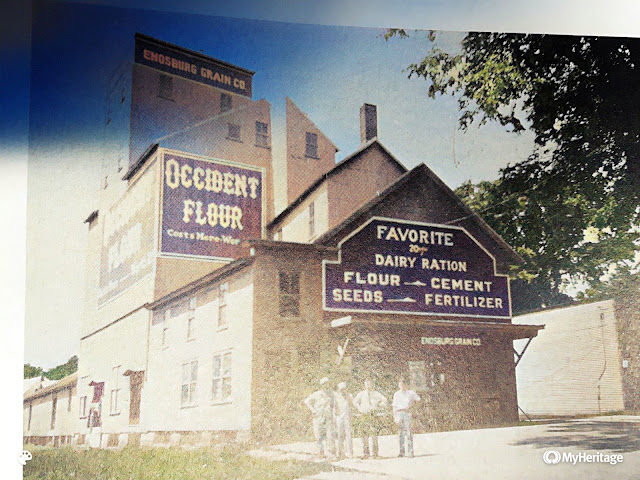 I would be more skeptical of the colorizer than the date of the picture and the available paint hues available then and inexpensive enough. So I would guess some version of mineral (barn) red