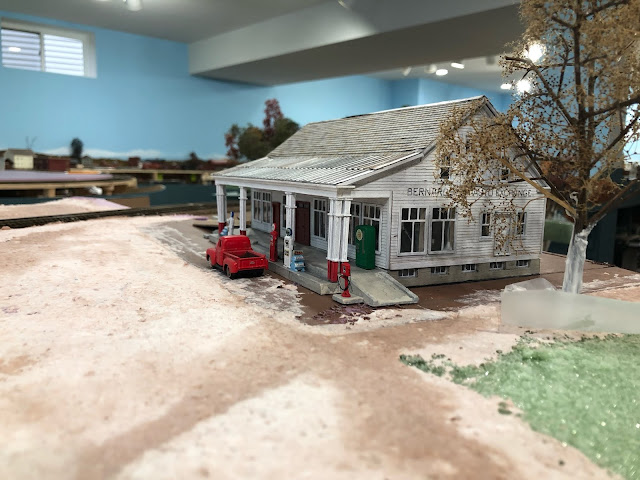 The next project is getting the scenery completed in the Sheldon Junction scene between the junction crossing itself and the large river crossing. Stic came over a few weekends ago and between the two of us we were able to make some cuts into the benchwork to plant the Streeter's Store. Like most South River kits this one can be built "at grade" - in other words on a flat piece of ground, or can be built to include varying levels of terrain. Obviously the latter is almost always more interesting, but it can sometime present a few challenges! In this case we had to slightly widen the benchwork and dig down into the plywood subroadbed. And naturally the logical spot for the store was directly over the legs to one of the IKEA Ivar cabinets....

Nothing a saw couldn't take care of though! 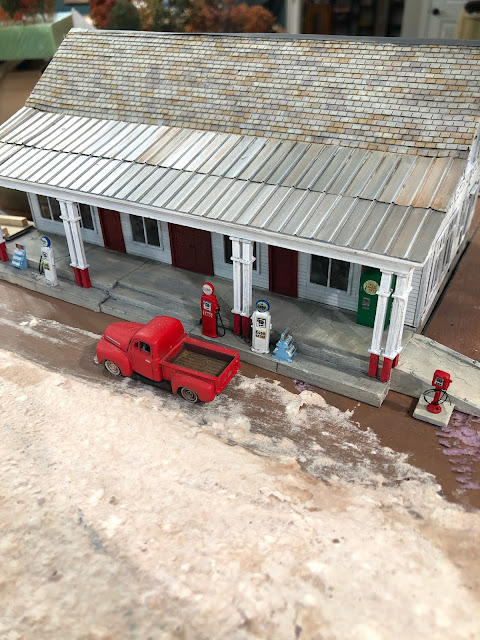 I turned my attention to finishing up some more details on the store. The South River kit includes the really old fashioned glass top gas pumps - they just seemed a little too vintage for my era so I replaced them with pumps more typical of the 1930-50s era.

Still to come is some additional signage.

Obviously the ground is strictly the base terrain - I'll add some tile grout "soil" shortly, as well as installing the road proper.

The foreground tree is a placeholder for how - frankly I like how it frames the store so the tree may well grow roots!

I was thinking about adding a farmhouse across the street from the store (basically between the curved interchange track and the store in the overall photo). But when I added a house as a mockup it just seemed like one too many elements in the scene. 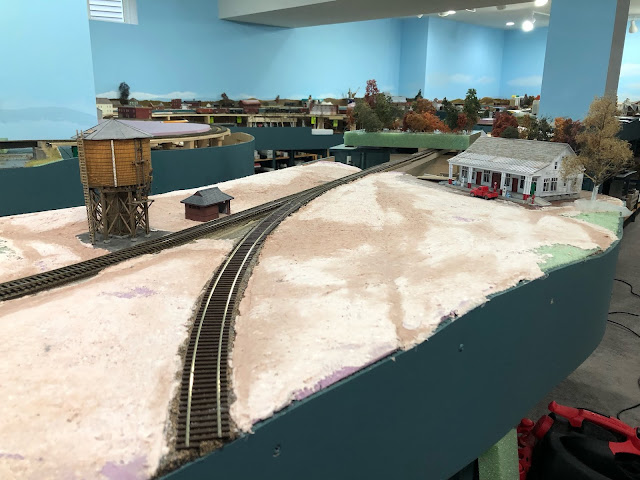 The only other structure will be the Campbell water tank - that's one of the first "real" models I built and I've had it on every layout since I was a teenager. Thought I should include it here!

And A happy Thanksgiving to you and the family.