Next steps on this building....foundation and roofs..... 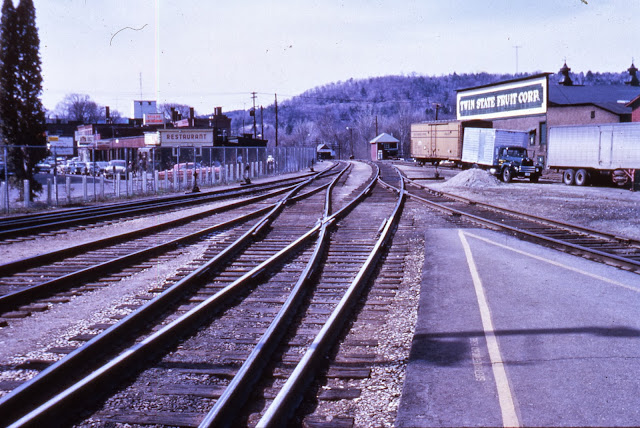 The problem of course, is while you get a lot of variety you can really only do one thing at a time. Too many things half-done means nothing looks finished. Potential large layout builders heed my words – the lack of focus caused by having too many things started and nothing finished has killed off lots of large layouts and is nothing to sneeze at!
Enough editorializing.
In an effort to overcome the “everything started nothing finished” syndrome I’ve decided to focus my attention on the structures in and around Waterbury. Why? Well, several of them are “half-started” and I have the information necessary for most of them. Perhaps most important Waterbury is the first scene you see when you come down the stairs into the layout area. Finally, this Phil Hasting’s photo of Waterbury is the one image that got me started modeling the CV of the steam era. 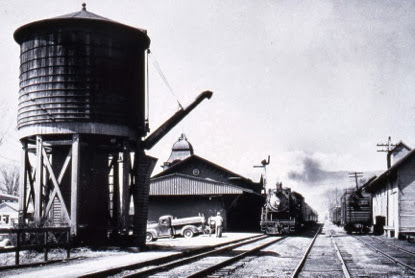 We’ll get started with the feed mill visible to the right in this photo. Here's what the same feed mill looked like the first time I saw it (sometime in the late 1980s, as I recall). 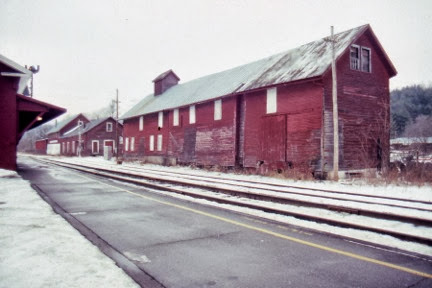 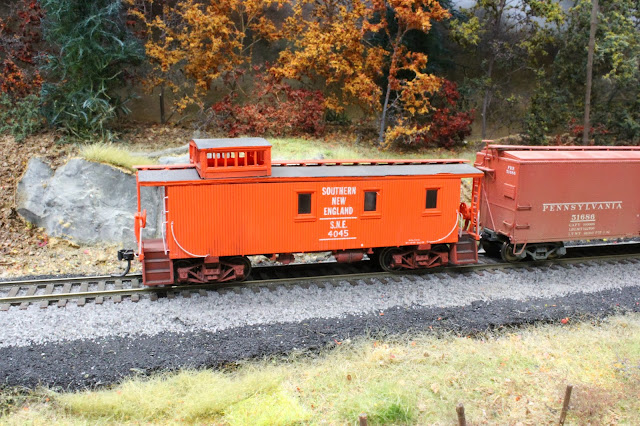 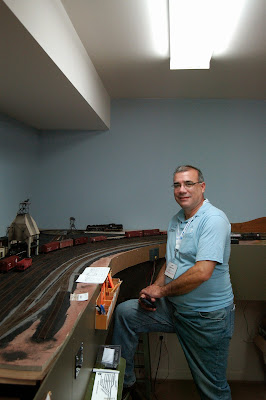 Although I failed miserably to take any photos during the open house and op session this weekend Chuck Diljak, who did a fine job as White River Yardmaster, was kind enough to send a couple of  pictures he took during the op session.
Here's the WRJ Assistant YM, Joe Calderone during a break in the action at White River Junction. That yard is entirely too empty and he looks far too relaxed and smiling ..... we'll have to do something about that next time he visits.
A northbound extra through freight (behind a CN F7) runs through a crowded Everett as the Mill Turn works the town. 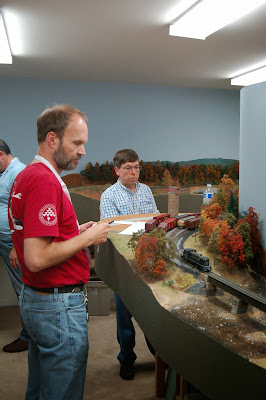 Just completed a very busy model railroad weekend as part of the NMRA MidEastern Region convention. Not only did I serve as clinic chairman for the convention, I gave a clinic on my railroad and also opened the layout up for two days of open houses and one guest operating session for convention attendees.

Of course, the weeks prior to the convention open houses were spent mostly in the basement getting the layout ready. As anyone who has hd their layout on a tour can attest, often times more progress is made in the month before the open house than the six months before!
I started with a long list of things I'd like to get done - I'd say I managed to finish about 75% of them. I wanted the trains to run fairly reliably, and for the most part succeeded. For my part I made a real effort to get rid of all the visible foam, plaster and plywood by covering it with a coat of earth-colored latex paint. I also got a fair amount of track painted and ballasted. It's amazing how much those two simple things blended everything on the railroad together.
While I wanted to get the "Foreign road" power we've been operating replaced with CV/SNE/CN etc... power I wasn't quite as successful at that!
We did have issues with some recently ballasted track - and one particularly troublesome set of Proto 2000 FAs. All these issues were fixed  "on the fly" during the open house. I'm more than a little thrilled to report that we had zero issues with the wireless throttles over two days of almost constant running.
My crew (Stic Harris, Jeff McGuirk, Ben Hom, Norm Wolf and Bob Warren) did a great job. My parents manned the upstairs. Everyone seemed to have a great time. I didn't get any photos of people gawking at the layout, but here's a few pictures showing how the railroad looks today.
With the layout up and running it's time to turn my attention to some actual modeling projects. More on those to come in the weeks/months ahead. 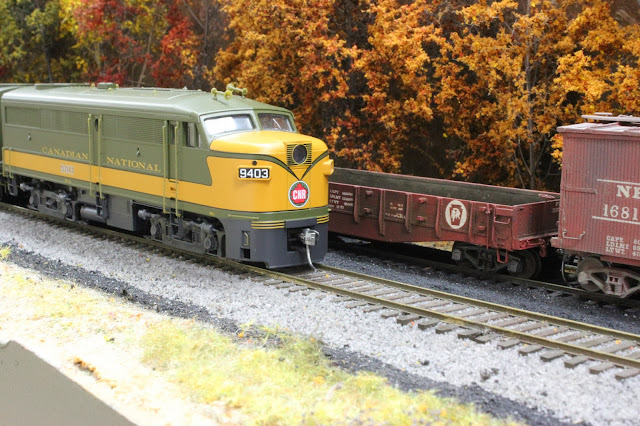