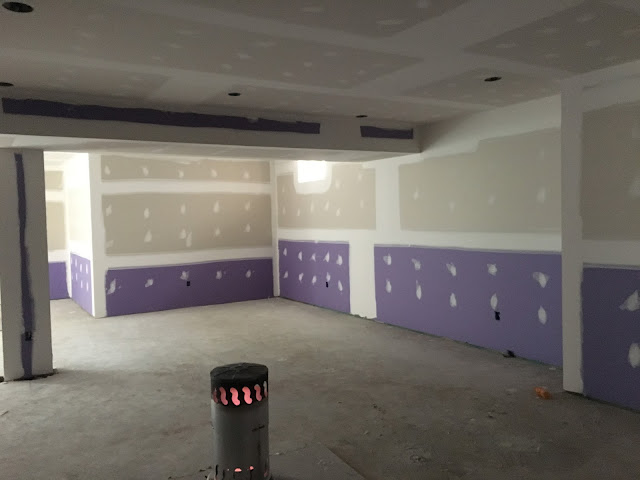 Marty, I neglected to offer a key bit of advice on the house construction. Almost too late now with drywall going in. Still, you can reclaim some of it by acting immediately. We took pictures of every wall in our house while we still had the studs visible. Indeed, I used a photo scaling stick I have for railroad photos--a bit more than five foot stick with one foot sections clearly marked, plus one segment that defines four inch blocks. Your studs are just discernible in this photo with the drywall screws mudded over. We have referred to our photo survey several times in the half dozen years since we built and moved in. You need to act quickly--before texture obscures the mudded-over screws.
--Biull Decker, McMinnville, OR

Bill,
Actually I went through and photographed each wall in the house before they started drywall - same thing I did with the last house we built. You're right, it's helpful for future reference.